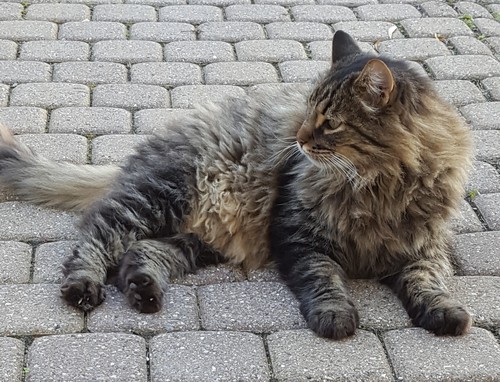 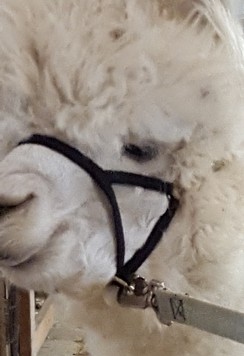 Cats. In particular, our cat. Precious. I hate cats. I hate our cat. Precious. He’s a big guy; very hairy. Hair’s as long as mine. Sticks out like mine. I hate it. He has long, sharp claws. He has long, sharp teeth. He skulks around our barn and pastures, and quite frankly, he scares the bejeezus out of me. Grammy says he can jump on our backs and claw and bite us to death. Ayala, says that Grammy is just messing with me. I trust Grammy. She’s been around for a long while, so she knows. But I also trust Ayala. She’s been like a mom to the whole herd. She’s calm, cool, and collected. She’s smart and pretty too. (She’s my hero!). I don’t know who’s right or wrong, but I know I’m scared of our cat. And did I say he’s big?

Precious. What kind of name is that. We had a cat before Precious – his name was Barn Cat. He was okay, not so big. Stayed away a lot. He got killed by a car. 2-leg-mom cried and cried. Then all of a sudden this new cat just showed up. He was a matted mess, and he stunk. But 2-leg-mom said he’s a precious soul, and she scooped him up and cuddled him and cried and cried. (She cries a lot I guess!) So that’s how Precious got here and got named.

It’s not that Precious has ever tried to harm me, or any of us for that matter. But I did see him carrying around a dead rabbit last summer. Other than that, he pretty much keeps to himself. But he just “looks” around all the time. All the time eyeing everything that moves. Birds. Mice. Rabbits. Me. He sits on the hay bales and watches. He prowls around the pasture and watches.

Yesterday when 2-leg-mom came in the barn, she saw that Precious had a bloody ear. Oh she cooed at him, and cleaned it up, and gave him some goo, and he just stood there and took it. He’s that tough. Not even a flinch. But then he sat on 2-leg-mom’s lap and watched me. I think he even smiled. Smirked is probably a better word. Sort of like saying, “The other cat looks much worse. You’re next!”